Hello! I’m a journalist, author and academic based in Brooklyn, New York.

To read some of my journalism work, click here.

Or check out my on-camera work in my video reel: https://youtu.be/BrK75NwX8v4

Nora previously reported for CNN Go There, the network’s streaming show on Facebook Watch which routinely received in the millions of views per episode. She was the first journalist to report from the rural community of Barrio Bucarabones, Puerto Rico after the historic earthquakes in the winter of 2020; she has also reported from 14,000 feet above sea level in the San Juan Mountains in Telluride, Colorado and from inside a maximum security prison, the Maine State Prison. Nora’s reporting on human rights violations in surgeries on intersex children was cited in witness testimony supporting S.B. 201 in the California statehouse. She also uncovered an under-the-wire campaign contribution from the top lobbying group opposing the bill to support the reelection of the chairman of the committee which killed the bill, leading to calls for his ouster.

Nora previously worked as a producer for Anderson Cooper, also at CNN. She worked on the 2019 Emmy Award winning special report about suicide prevention, Finding Hope, in addition to covering the Trump presidency and impeachment, the August 12, 2017 white nationalist riot in Charlottesville, Hurricane Maria’s impact on Puerto Rico, the Parkland shooting and other mass shootings around the country, among many others. She also wrote over 200 scripts for Anderson Cooper on Anderson Cooper Full Circle, the network’s Facebook Watch daily show. 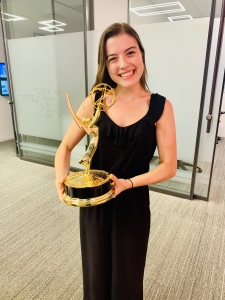 In addition to her work at CNN, Nora has completed her Master of War Studies degree through King’s College London and earned a final A grade with distinction. Furthermore, she completed dissertation research, which also received an A grade, on the intersection of mass media, journalism, and terrorism. She also holds a Master of Public Policy degree from the University of Virginia, where she completed research on the Affordable Care Act and Medicaid expansion. Her B.A. with distinction in History is also from the University of Virginia, where she was a Jefferson Scholar. 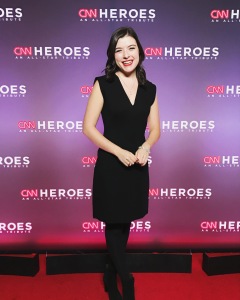 Previously, Nora wrote and anchored a web series for Beme News, CNN Digital Productions’ millennial-focused YouTube channel. It was titled called “More Than You Wanted to Know,” and dived deep into the history, policy, science and law behind the headlines. After college, Nora reported for WVIR NBC29 news in Charlottesville, Virginia as an on-camera politics and crime reporter and fill-in anchor. While at NBC29, Nora won two Virginias Associated Press meritorious awards: Best Investigative Reporting for breaking the story of overcrowding at the Albemarle County regional jail, and the Douglas Southall Freeman Award for Public Service in Journalism for investigating the opioid abuse crisis in Central Virginia.

She started her journalism career as a child writing a newspaper called “Neus News” for her family and friends.

For a complete resume and other career information, please visit my LinkedIn page.